The Center for International Students and Scholars (CISS) held the 19th NAIST Tea Time on December 6 for NAIST international and Japanese students, and the international and surrounding community. This event, as written in the NAIST Top Global University (TGU) project plan, was held as part of NAIST's mission to maintain a global campus and promote understanding among our growing community.

NAIST invited Jonathon Jackson, a coordinator from the Nara Prefecture International Exchange Salon, to introduce Nara's history and culture through a presentation focused on sightseeing in this area. Mr. Jackson introduced much of the famous historical sites in Nara and many of the attendees took pictures to plan for their travels around the prefecture. Following this, CISS UEA Robert King introduced the refreshments: kuzuyu (Japanese arrowroot pudding), fresh and dried kaki (persimmons), and Yamato Tea (made in Nara prefecture). In this Tea Time, the attendees made their own kuzuyu, so an explanation of how to make it was included so that everyone understood how to make it.

After listening to the instructions, the attendees divided into 3 groups and started trying to make kuzuyu. Staff from CISS, the International Student Affairs Section and the International Affairs Section helped students slowly add hot water and sugar while constantly stirring their creation, and many people were able to make kuzyu successfully the first time. While the recipe for kuzuyu is simple, differences in timing and amounts led to some having to try more than once to make this traditional sweet. Everyone enjoyed making and comparing their kuzuyu, and also enjoyed the fresh and dried kaki with Yamato Tea.

In addition to the students, faculty, staff and community members, many internship students who were visiting NAIST and considering entering the master's program attended for a total of around 40 people. This Tea Time was a great opportunity to learn about Nara's history and culture, while developing ties in and with our large international community. 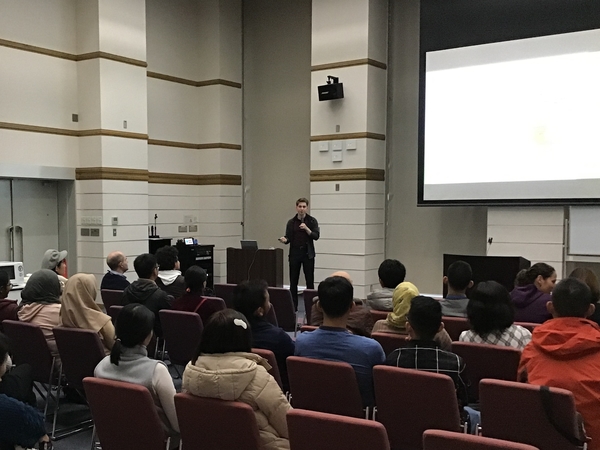 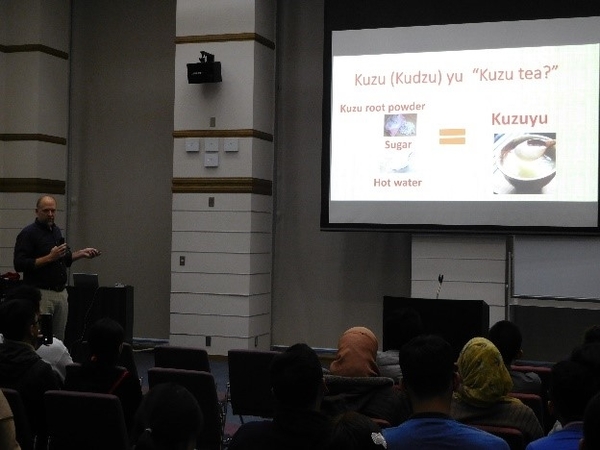 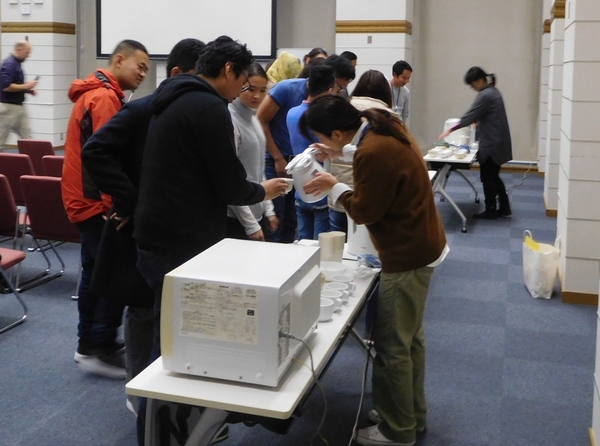 Attendees making their own kuzuyu 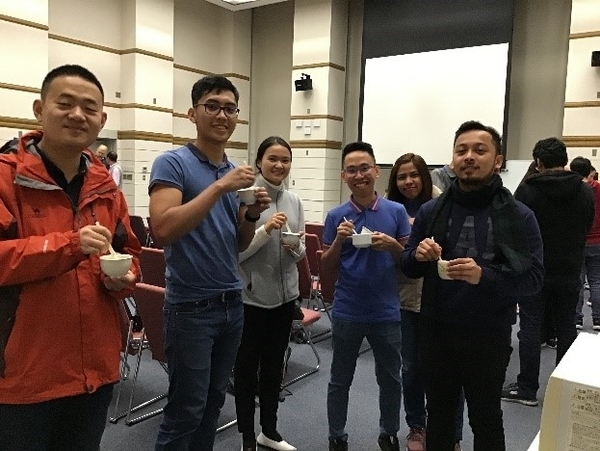 Attendees sharing and comparing their kuzuyu