Professor Yasumasa Bessho (Gene Regulation Research Laboratory, Division of Biological Science) has been appointed the second Director of the NAIST Indonesia Office, succeeding the first office Director, Professor Emeritus Masashi Kawaichi (currently Director of Division for Global Education), who served 6 years as Director since the office's establishment in April 2016.
President Kazuhiro Shiozaki issued Prof. Bessho an official letter of appointment on April 20 and expressed his expectations saying, "Prof. Bessho is the only person who can take over the NAIST network in Indonesia that Prof. Kawaichi has built over the years. " In response, Prof. Bessho expressed his aspirations as Director saying, "I hope to introduce our new faculty members to Indonesian partner institutions and disseminate information about NAIST's new research fields through NAIST's network in Indonesia. I would also like to address issues such as strengthening our relationships with Indonesian government agencies."

The COVID-19 pandemic in Indonesia has stabilized and restrictions concerning foreigners' entry have been relaxed. The Indonesian NAIST Alumni Association (INAA) is planning to hold a reunion meeting onsite for the first time in three years in mid-August this year, which is expected to kick-off and revitalize face-to-face interactions between NAIST faculty & staff and representatives of partner institutions and NAIST alumni in Indonesia. 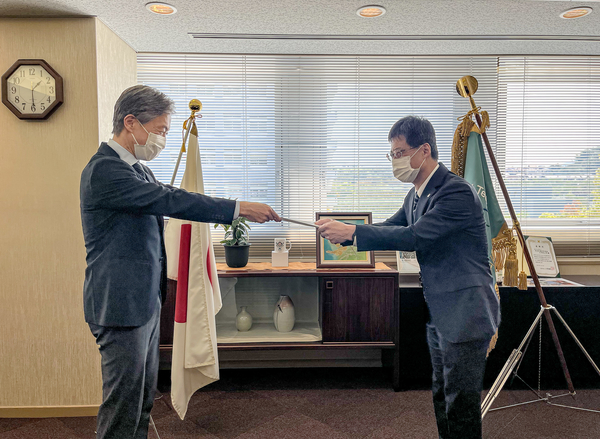 President Shiozaki handing the letter of appointment to Prof. Bessho 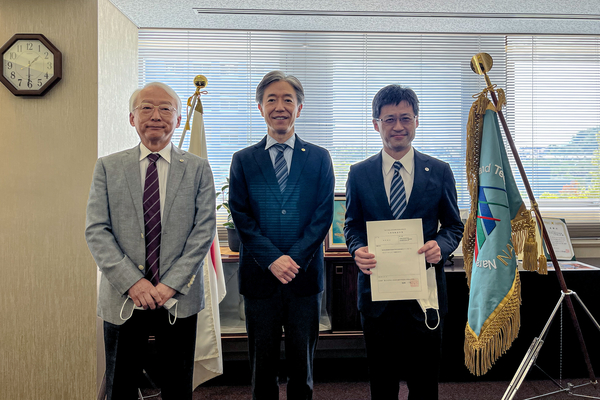