The surface of gastrointestinal tracts is covered with slimy substance called mucus that protects the tracts from the environmental stimuli and bacterial infection. The main constituent of the mucus is a highly glycosylated protein called mucin. 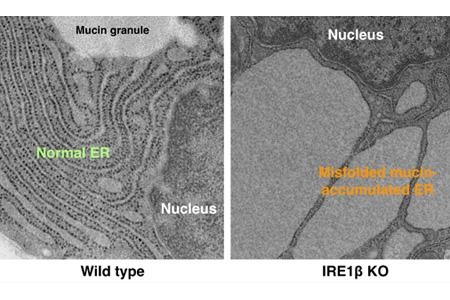