Prof. Tsuyoshi Kawai, Assist. Prof. Yoshiyuki Nonoguchi, and colleagues in the Graduate School of Materials Science, NAIST, successfully developed a fully-flexible, high-performance thermopower sheet that can cover and adhere closely to any round surface such as pipes, and generate electricity from temperature difference. This thermoelectric power generator could be applied for energy recovery from industrial plants and many other heat sources such as PCs, vehicles, and buildings, boosting energy-saving efforts and in the fight against global warming. This thermosheet can also utilize vital warmth to power mobile electronics such as wireless IT communication devices, acoustic aids and health monitors, which are essential during disasters.
Nowadays, two-thirds of total waste heat is emitted in our environment without any reuse. Most of this waste is emitted in mild temperature environments, which are not sufficient to convert the waste with conventional turbine systems like those in power plants. To address this challenge, flexible thermoelectric modules, which can efficiently convert the waste heat into electricity are highly desired. For efficient thermoelectric energy conversion, bipolar-type thermoelectric modules are generally required, which are equipped with both p-type and n-type materials. To meet this need, flexible p-type materials based on conjugated polymers and carbon nanotubes have recently been developed. Prof. Kawai and colleagues have very recently successfully developed n-type thermoelectric materials based on carbon nanotubes. In this work, they discovered a series of reagents that efficiently convert carbon nanotubes, which have been known as a p-type material, into n-type carbon nanotubes, and successfully applied these n-type materials in the fully-flexible, bipolar thermoelectric sheet that can generate electric power from heat on a round surface.
The paper regarding this thermoelectric power generator was published in Scientific Reports, Nature Publishing Group, on November 26th, 2013. 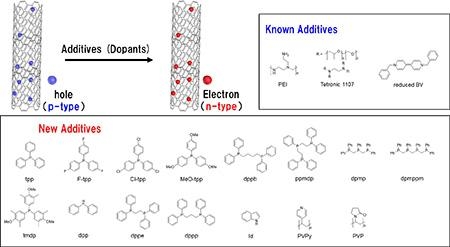 Fig.2 A) A flexible thermoelectric sheet and B) its power generation on a round glass surface.